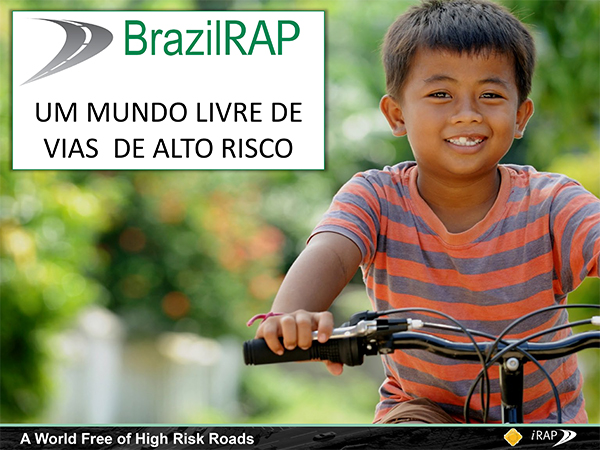 The two corridors that we assessed in 2016 and again in 2018 post implementation were:

The following images demonstrated the before and after Star Rating assessments for the two corridors Av. Osório de Paiva and Av. Leste-Oeste. There is a significant drop on 1-star ratings and an increase in 3-star ratings after the interventions 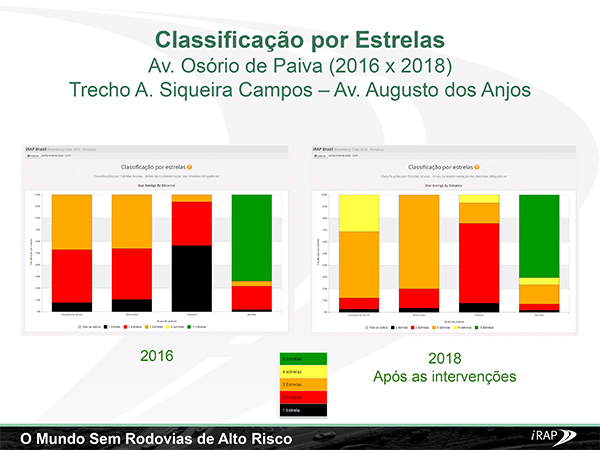 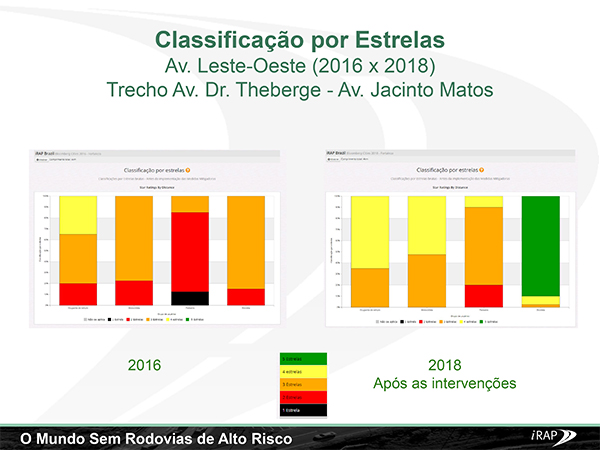 Further recommendations in the draft technical report include:

It is also recommended to join efforts with NACTO and WRI partners involved in the BIGRS project to develop examples of ‘best practice’ for infrastructure treatments.

As part of the project, and to build capacity and share knowledge, a total of 69 people have attended a total of 8 training and capacity building events.

This project is a great example of collaboration and knowledge sharing with other experts to save lives and prevent serious injuries on the world’s roads.