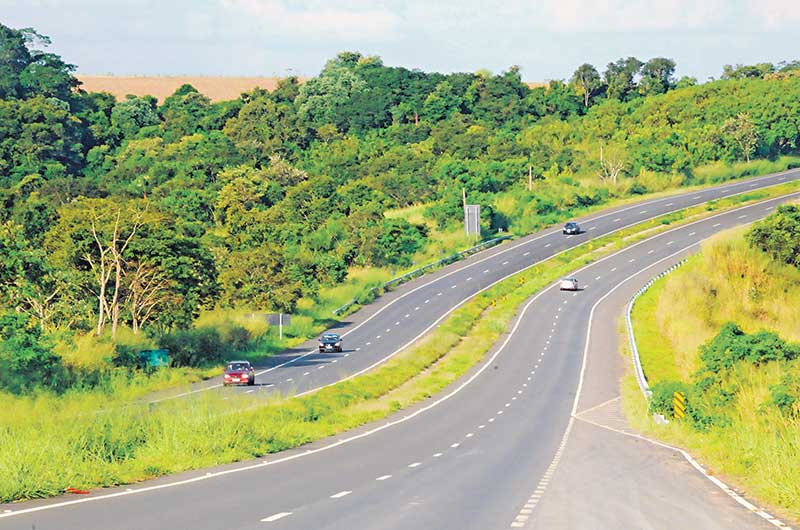 Wednesday 24 July 2019:  With a safer roads investment of over USD$3.6 billion, the Government of Sao Paulo, Brazil has announced the largest concession in the country measuring 1,273 kms will incorporate the iRAP methodology. It is the first Brazilian concession to do so and the announcement is an exciting development for the BrazilRAP programme.

The work will be completed over a 30-year period, with the highways to be upgraded between the city of Piracicaba, in the Campinas region, and the municipality of Panorama, in the far west of the state, bordering Mato Grosso do Sul.  Among the planned interventions are 600 kilometres of duplication and new paths. Additional lanes and marginal roads will be covered, with works that improve flow and road safety including deployed shoulders, new access and return facilities, pavement recovery, and the construction of walkways and bike paths.

The implementation of the iRAP road safety methodology will reinforce the focus of the São Paulo State Government on the safety of state highways. The works are expected to begin in the first half of 2020.

According the iRAP’s Big Data tool , the number of road fatalities in Brazil per year is 46,935 (WHO 2015). This investment of R$14 Billion (USD3.6 Billion) over 30 years, will help Brazil work towards the target of > 75% of travel on 3 star or better roads by 2030 and reduce the number of deaths and serious injuries on Brazil roads. 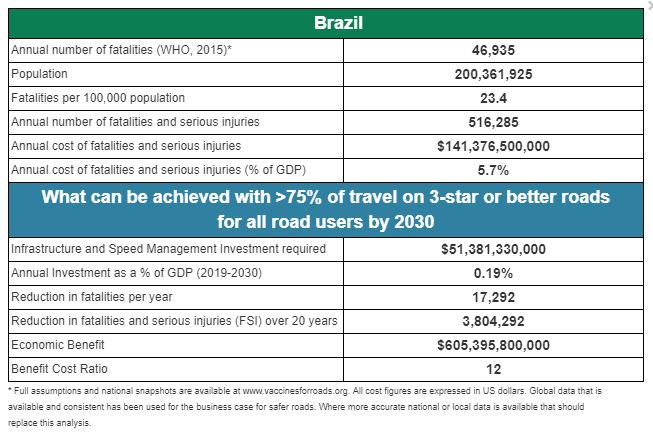