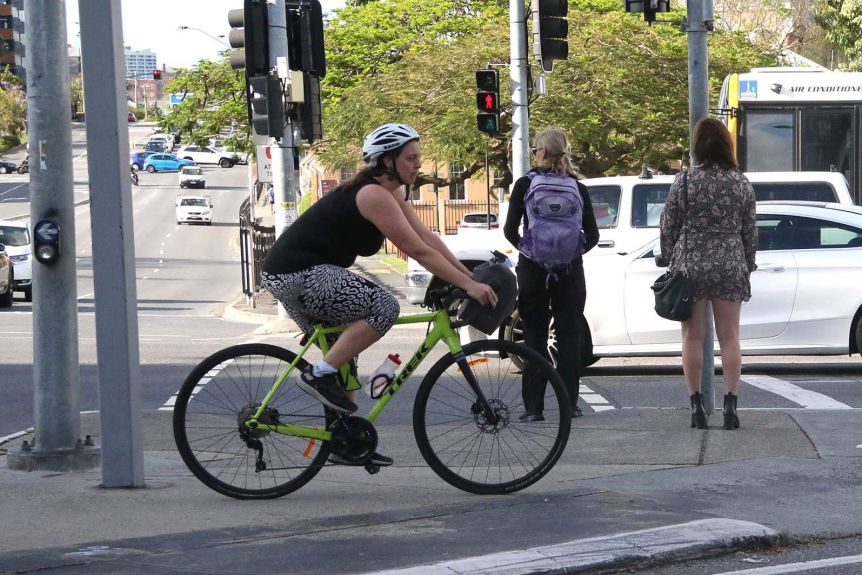 AusRAP has supported a Star Rating assessment of some of Brisbane’s busiest cycling routes conducted by ARRB for Queensland’s mobility club RACQ to understand the risk faced by cyclists and inform improvements to increase road safety.

RACQ research into popular cycling routes in Brisbane’s inner-city found that up to two-thirds of them had no safe cycling infrastructure.

New analysis from the motoring body has identified the 22 most dangerous roads for cyclists in the city’s central business district and surrounding suburbs. Adelaide Street in the CBD and Dornoch Terrace, which runs through Highgate Hill and West End, were identified as the worst routes for cyclists. In the four years to 2018, there were 18 crashes involving cyclists on Adelaide Street, and 16 on Dornoch Terrace.

“When we have a high volume of cyclists with vehicles on our roads, the potential for crash is much higher, and it can also be exacerbated when the infrastructure doesn’t protect cyclists as well,” she said.

“We’ve seen post-COVID that there’s a higher increase of people who are cycling in and around the Brisbane CBD.

“We know that suburban infrastructure has good quality cycle infrastructure coming into the city, but once cyclists are getting into that CBD, they generally come off the segregated bike roads and get into the main road.”

But the RACQ also said there were numerous ways to address safety risks.

Ms Michael said “bike boxes”, which section off part of the road for bike riders to wait in front of vehicles, as well as segregated bike lanes, were both part of the solution.

“As part of that overall treatment we might look at reducing speeds in some instances, but it’s important that we take a multi-pronged approach,” she said.

“The gold standard for cyclist protection is segregated cycle infrastructure — so where possible, we’re calling on road managers to look at creating those segregated off or on-road bikeways.”

Councillor Murphy said the council and the Queensland Government also had a $2.2 million plan to build protected bike lanes in the CBD — a project called the CityLink Cycleway, being trialled this year.

“We will commission new bike lanes down Edward Street and Elizabeth Street, which will for the first time allow cyclists to navigate through the heart of our city, separated from vehicle traffic,” he said.

Council is also planning to spend $500 million building new green bridges for pedestrians and cyclists, with construction on the bridges at Kangaroo Point and Breakfast Creek slated to start late next year.

“We know that there’s more to do, and Brisbane is a city that was built in the 1960s and 1970s with a thought that everyone would use cars forever and a day … but, particularly during COVID, we’ve seen more and more people get on their bikes and turn to cycling travel,” Councillor Murphy said. 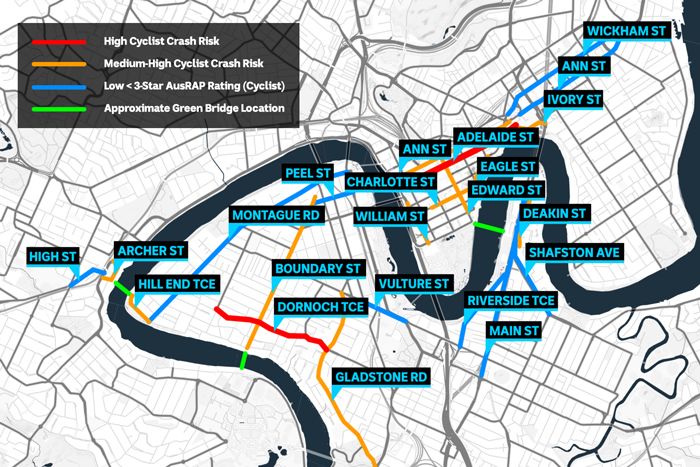