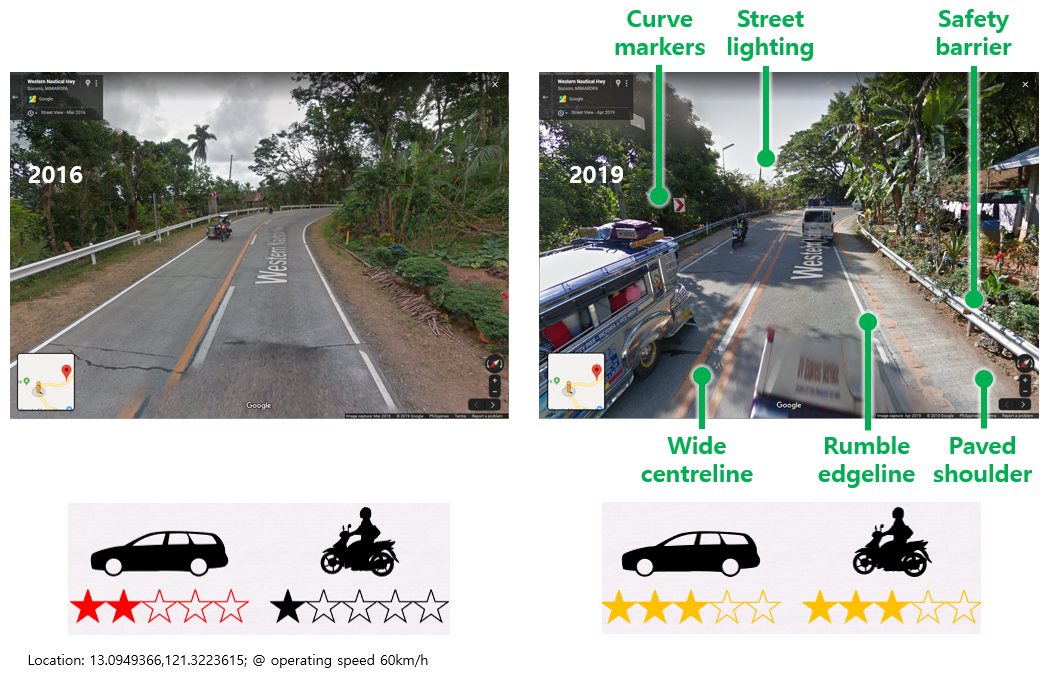 Infrastructure Safety Improvements in the Philippines

In 2011-2012, with support from the World Bank GRSF, the Philippines Department of Public Works and Highways star rated about 6,000 km of national highways. Most roads were in the one- and two-star categories for all road users. As is common in Southeast Asia, pedestrians, bicyclists and local motorcyclists are at most risk.

The Department of Public Works and Highways has since made efforts to incorporate the iRAP results into its projects, with support through BIGRS. These efforts led to the nation’s first safety demonstration corridors, such as on the popular tourist road to Baguio where there’s been an increase to three stars or better. Another BIGRS initiative is to update star ratings for three roads (~470km) that were included in a World Bank-financed National Roads Improvement and Management Program (NRIMP2) and have seen changes since 2012.

Although there is room for improvement, several promising safety examples were identified. The star ratings for the three roads are lifting and, as crash data collection improves with the ongoing roll out of DRIVER, further evaluations will be possible.