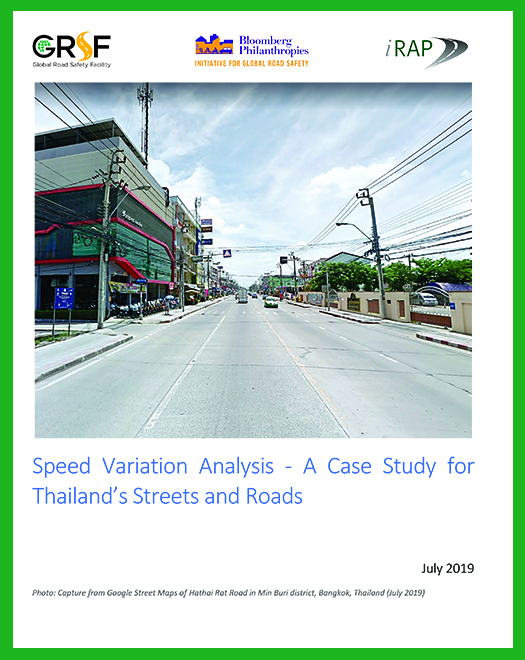 August 2019: There has recently been a proposal announced to life the speed limits on major roads in Bangkok from 90km/h to 120km/h.

The ThaiRAP team is leading calls for the proposal to be reconsidered. iRAP and The World Bank research supported by the FIA Foundation and Bloomberg Philanthropies shows that without investment in safer infrastructure the proposal will result in more than a doubling of traffic crash deaths. Evidence from the OECD also suggests that an increase in speed could in fact increase congestion.

A better option is to change the speed limit to a well-enforced 80km/h which could reduce deaths by 30% and help congestion by encouraging smoother flows.

ThaiRAP recently released an analysis report on speed variation ‘A Case Study for Thailand’s Streets and Roads‘. This report specifically highlights how Speed Management is an important part of the Safe System Approach and how a simple speed variation can impact the safety of all types of road users. At the core of this report lays the experience from the iRAP assessments undertaken under the Bloomberg Philanthropies’ Initiative on Road Safety (BIGRS) on 867km of national roads in Thailand and 258km of streets in Bangkok, between 2015 and 2019, together with capacity building activities with local partner, Chulalongkorn University, which led to almost 700 specialists trained on road safety engineering during this period.